As a nurse case manager in the NY Workers Compensation arena, I must switch my flight plan often.

I will be going to visit an injured worker at an MD office, and I hit NY traffic, where I begin to sweat, hoping I make the appointment in time, and the tension of the thought of missing the appointment, makes me grip the steering wheel so tight that my fingers turn white. In my mind, I am going 60mph. But the speedometer says 15 mph. In this scenario, I am a Peregrine falcon, as this is the fastest bird. On another trip, I will attend an injured worker’s bedside in the hospital, (over 100 miles from my office) that took a horrible fall and suffered bilateral calcaneus fractures. He cannot go home because he will be non-weight bearing for months. So, in I swoop to locate the best inpatient rehab facility, that is close to his home, close to his family, negotiate a good rate for the insurance company, and make friends with the rehab staff so that I can obtain frequent and timely updates on the injured worker’s progress. Yes, here I am an Arctic tern, as this is the bird that migrates the farthest.

I can also be a Zebra finch because they know how to negotiate. They negotiate parental duties through song. I negotiate through experience, business sense, compassion, and skill set. I will negotiate the cost of durable medical equipment, to save the insured money, negotiate return-to-work restrictions for the injured worker to get any form of return-to-work documentation, and being an independent nurse case manager, I will even negotiate billing guidelines with my accounts.

My flight continues. I can also be a Fairy-wren: they are seen as one of the kindest and most giving members of the animal kingdom. On this sad flight, I visit the injured worker at the hospital, and he suffered a crush injury at work and severed his spinal cord. He will be in a wheelchair for the remainder of his life. And I sit with his family, trying to find the words to bring them comfort. The words don’t come. But I have learned that simply sitting there, with the family, as the injured worker’s young children look on, holding his wife’s hand, will sometimes just have to do.

Zooming off again. I can be the Northern Flicker, as it is one of the most vocal of the North American woodpeckers, uttering a laugh-like “ha-ha-ha-ha” call. I’ll be visiting the female injured worker at the PCP office to get a referral to see a general surgeon for a hernia repair. The physician enters the room and asks the injured worker to disrobe from the waist down. OK. The MD leaves the room, the injured worker is down to her panties, and then a new MD enters the room and says Congratulations. You are about 8 weeks into your pregnancy. Obviously, the MD entered the wrong room and thought the injured worker was the pregnant patient down the hall. The injured worker and I still laugh about it 3 months later. The last flight is this week. It’s going to take bravery to complete this task assignment. Brave like the water dikkop, because they locate their nest close to the nest of the Nile crocodile. This injured worker has been out of work for such a long time. For a broken left pinky finger (they are right and dominant). I enter the MD office with the “bad” news. I confront the injured worker and MD and tell them that return-to-work documentation is way past due and the injured worker must return to work. The MD asks the injured worker if they want to go back to work. They say they are not ready. I take a deep breath and fluff up my feathers, so I look bigger than I really am, and say to the MD, there is absolutely no reason, other than the injured worker’s unwillingness, not to return to work. The MD takes a big breath, slumps his shoulders a bit, knowing defeat when he sees it, and tells the injured worker, “I am returning you to work, full duty, effective immediately”. I do not flinch. I do not wave my hands in gratitude. I do not say a word, other than thank you, grab the full-duty RTW note, and leave the office. I am glad no one heard me say Hallelujah on the way out of the office or saw me smiling with victory when I entered my car. So, you see, workers’ compensation nurse case managers are birds that wear many hats. Maybe they can be summed up as A Bald Eagle because, it is symbolic of power, strength, courage, and focus. They are strong. They are brave. They are smart, great nurses for the injured worker, and they are great mediators between

the physician and patients. They are the eyes and ears of the insurance company. They are the expeditors of treatment plans. They visit the injured worker in many locations, in many scenarios, and for many reasons. They are known for speed, traveling, organizing, negotiating, and bravery, yet remain compassionate with a great sense of humor. 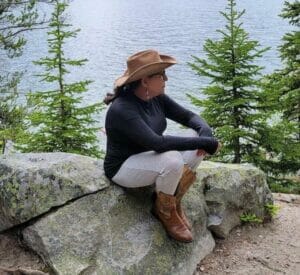 Gail Keitel RN, BSN, CCM is a medical nurse case manager since 1999, and a registered nurse since 1975. Gail has worked as a floor nurse from 1975 through 1984, specializing in orthopedics, neurology, neurosurgery, and rehabilitative medicine, in addition to ICU, CCU, and ER positions. Gail then worked as a nursing supervisor from 1984 through 1986. In 1986 Gail became interested in the business side of nursing, including sales and marketing. Gail first worked for Concentra Managed Care from 1999 through 2003, when she began her own nurse case management corporation, Catalyst for Claims, Inc. specializing in NYS worker’s compensation claims, including catastrophic and high-profile claims.